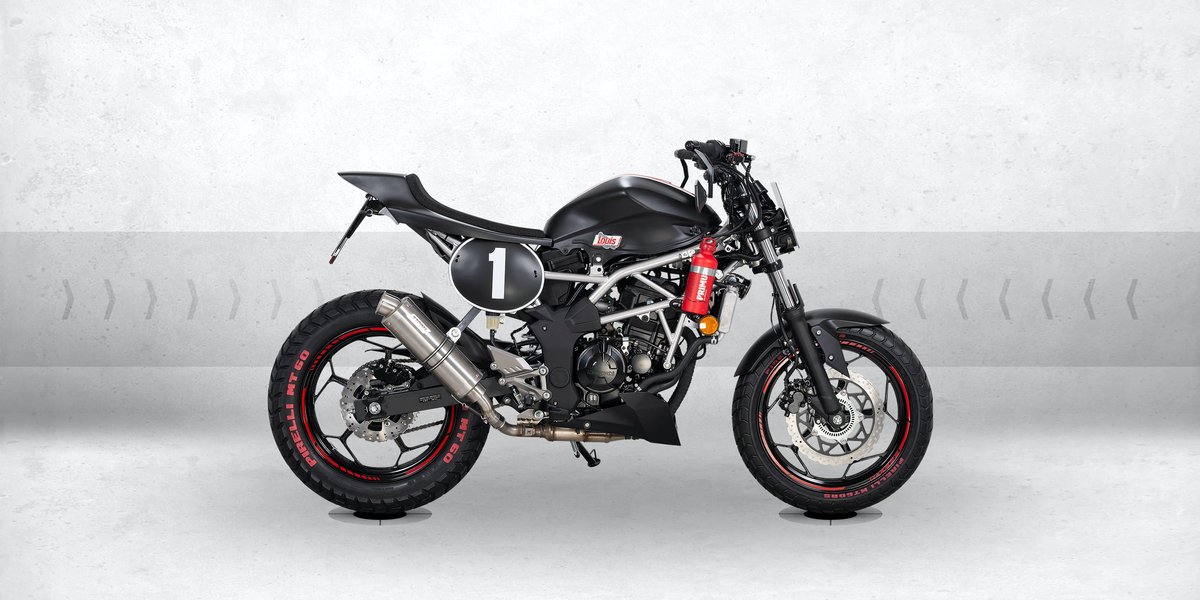 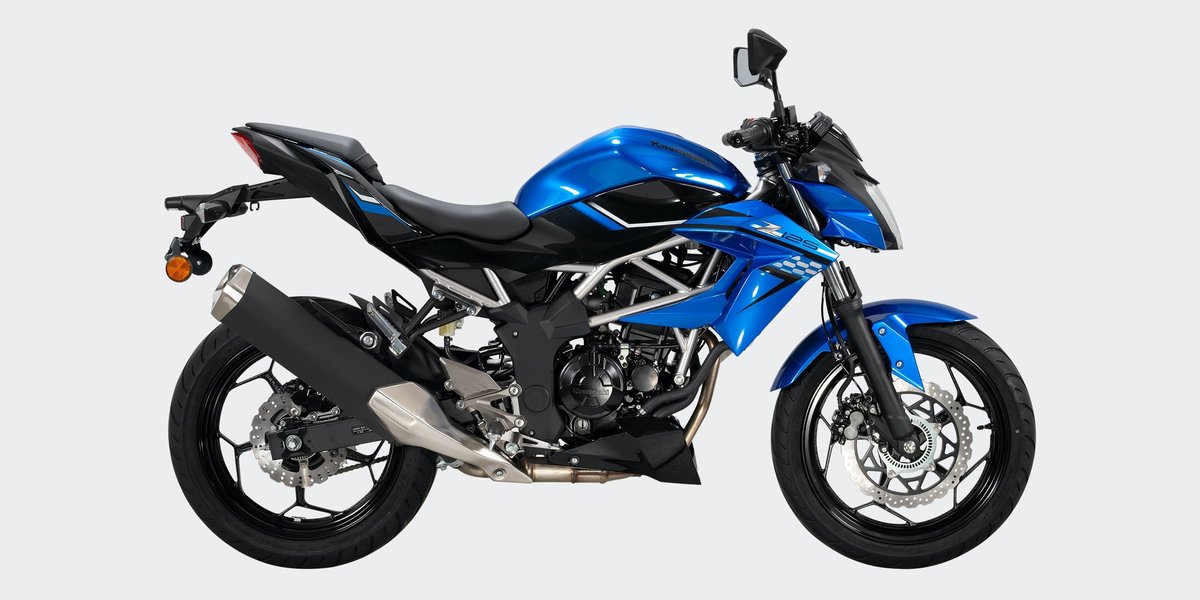 Flat track racing, also known as dirt track racing, has been a popular sport in the USA since the 1920s. It takes place on an oval track made of rolled sand, clay or cinders. A small field of up to 6 riders race anti-clockwise around the track. Unlike speedway bikes, flat track bikes today have suspension and a rear brake.

Back in 2019, the Louis Apprentice Custom Team was presented with a shiny new Z125 supplied by Kawasaki, and they soon decided on a plan. The beefy little single-cylinder machine with its agile, short wheel base was going to become a mean flat tracker. With 5 days and €2,018 for the conversion, the team immediately set to work with gusto. 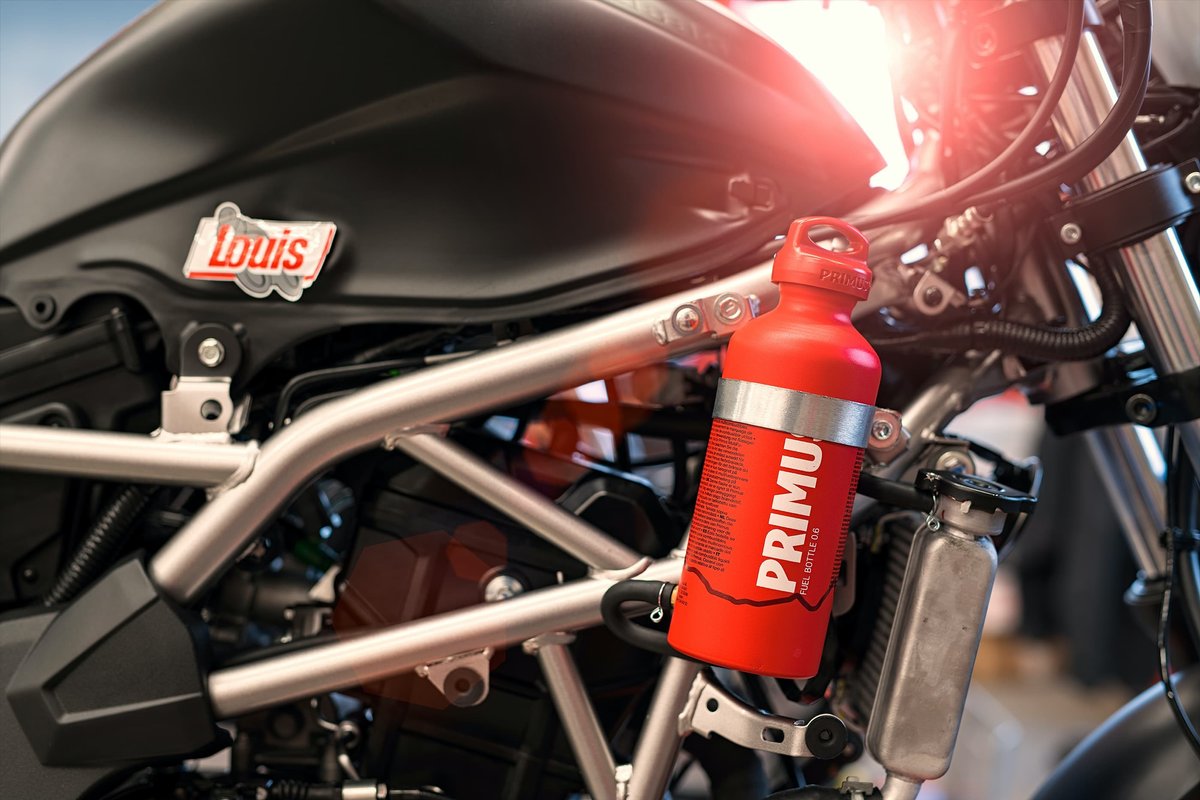 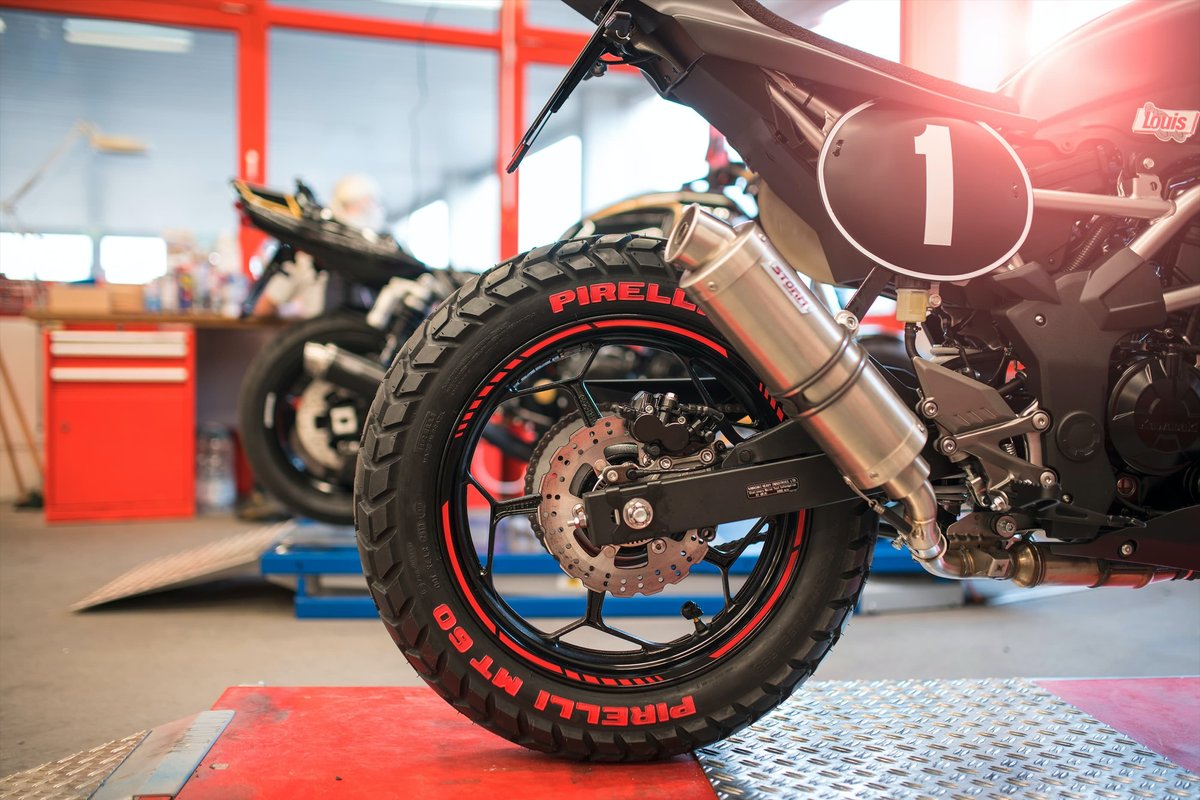 The first step was to thoroughly strip down the bike and give it a flat track tail.  That meant making a bracket from steel strip (see the picture) for fixing the tail in a horizontal position. An improvised seat pad was fashioned from a Rothewald workmat. The cut edges and the surface were roughened with coarse sandpaper and a sanding block to create a uniform appearance resembling napped leather.

The front was refashioned with a race number holder made from a sheet of plastic, secured to the fork with a Sirius light bracket and equipped with Highsider LED headlights and an LED parking light. 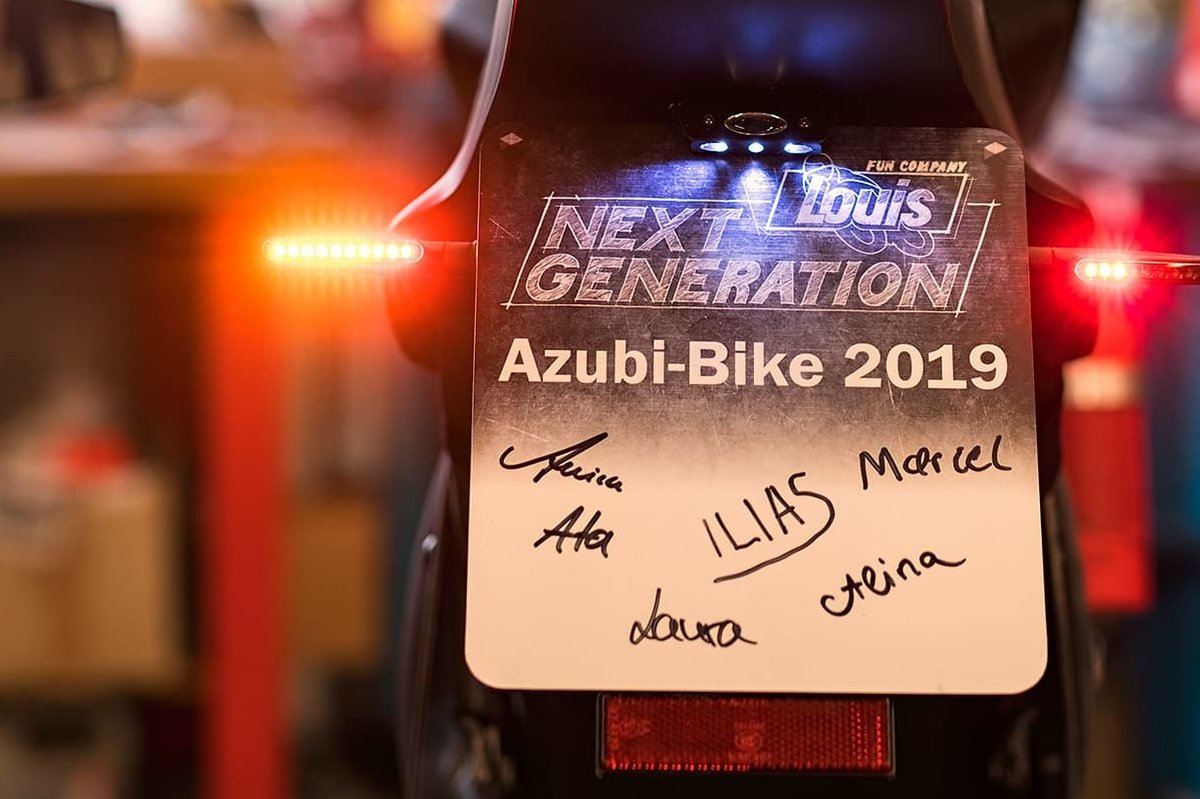 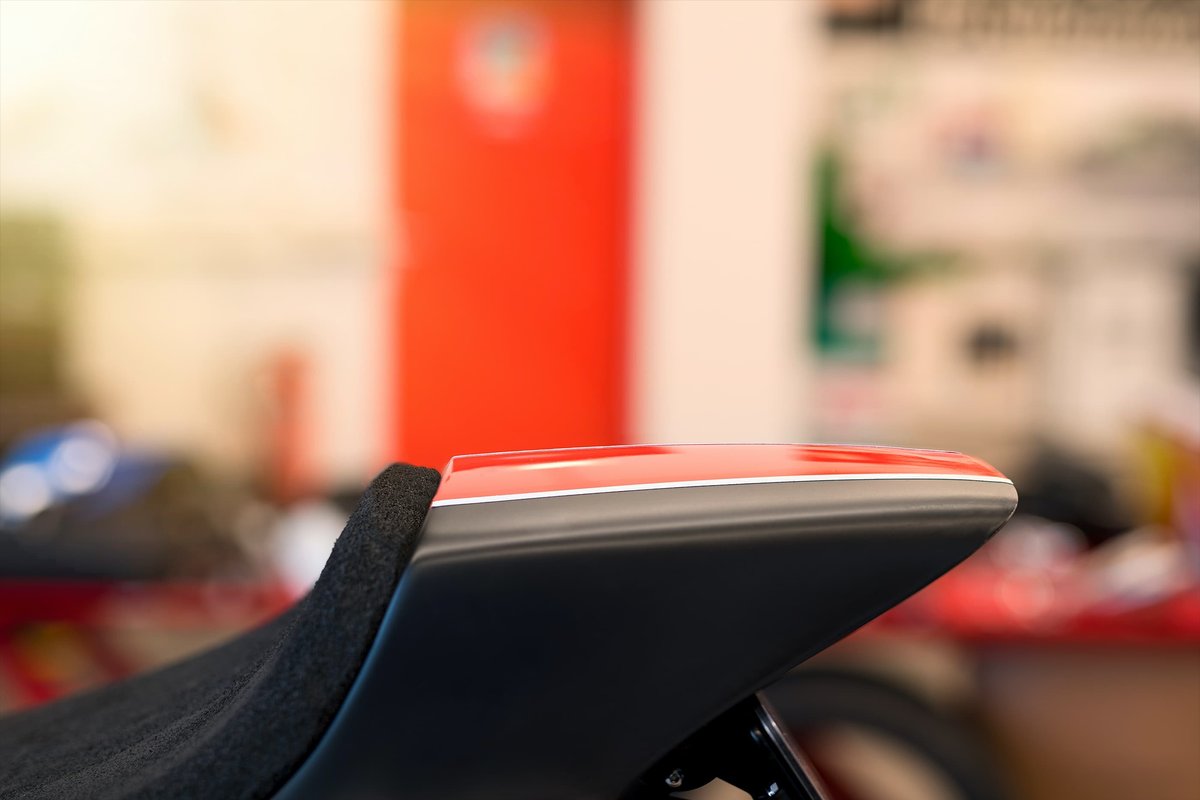 A wide, black-coated LSL touring handlebar with gazzini grips plus machined Puig hand levers provide the required upright riding position, while enduro footrests give the rider's feet plenty of grip. The footrests were simply filed down at the edges to fit the Kawasaki. The front turn signals are integrated into the stems of the bar-end mirrors, while slimline gazzini sequential turn signals are fitted at the rear. A Kellermann R2 flasher unit provides the correct flashing rate. The original clutch cable was, unfortunately, a bit too short, so a suitable replacement was taken from a ZZR600. The original cooling water reservoir was replaced with a more stylish Primus fuel bottle from the camping range. A bracket was made for mounting on the frame, and the hose connection was constructed from a universal fuel cock. The nozzle of the fuel cock was secured in the metal bottle and made watertight by means of a cut thread and two-component adhesive. 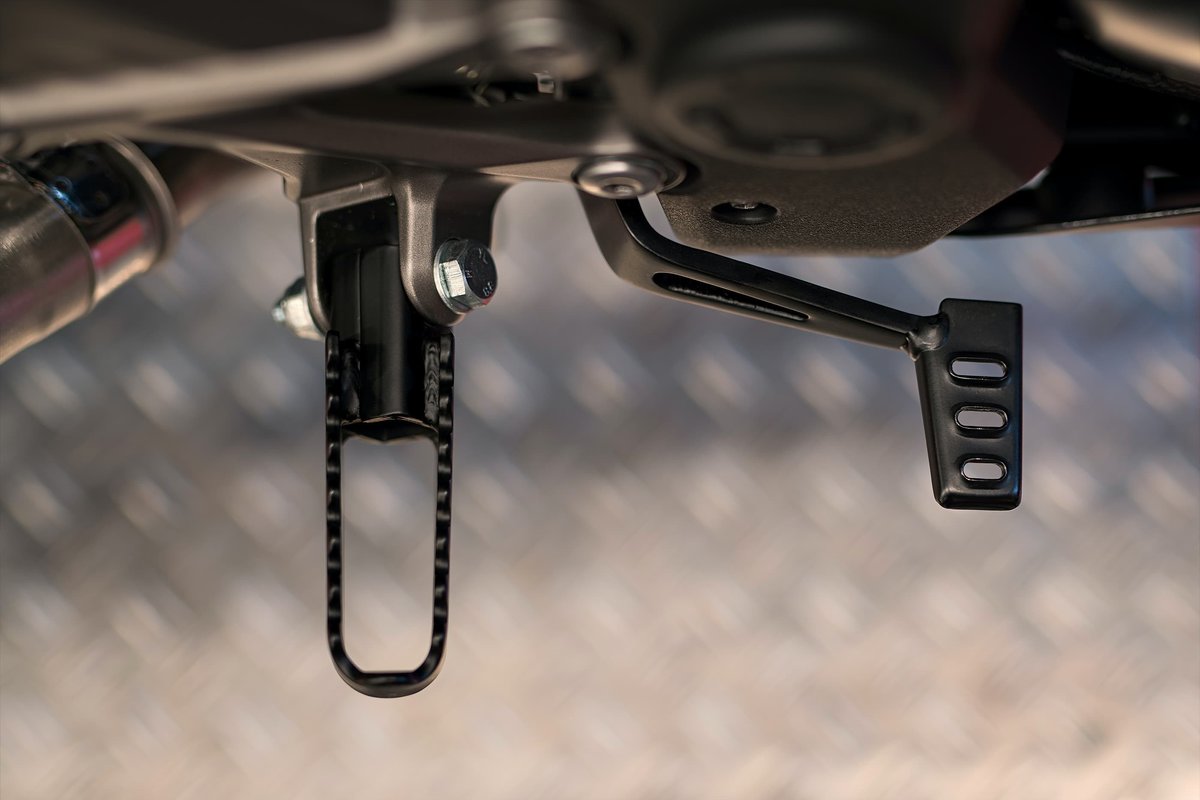 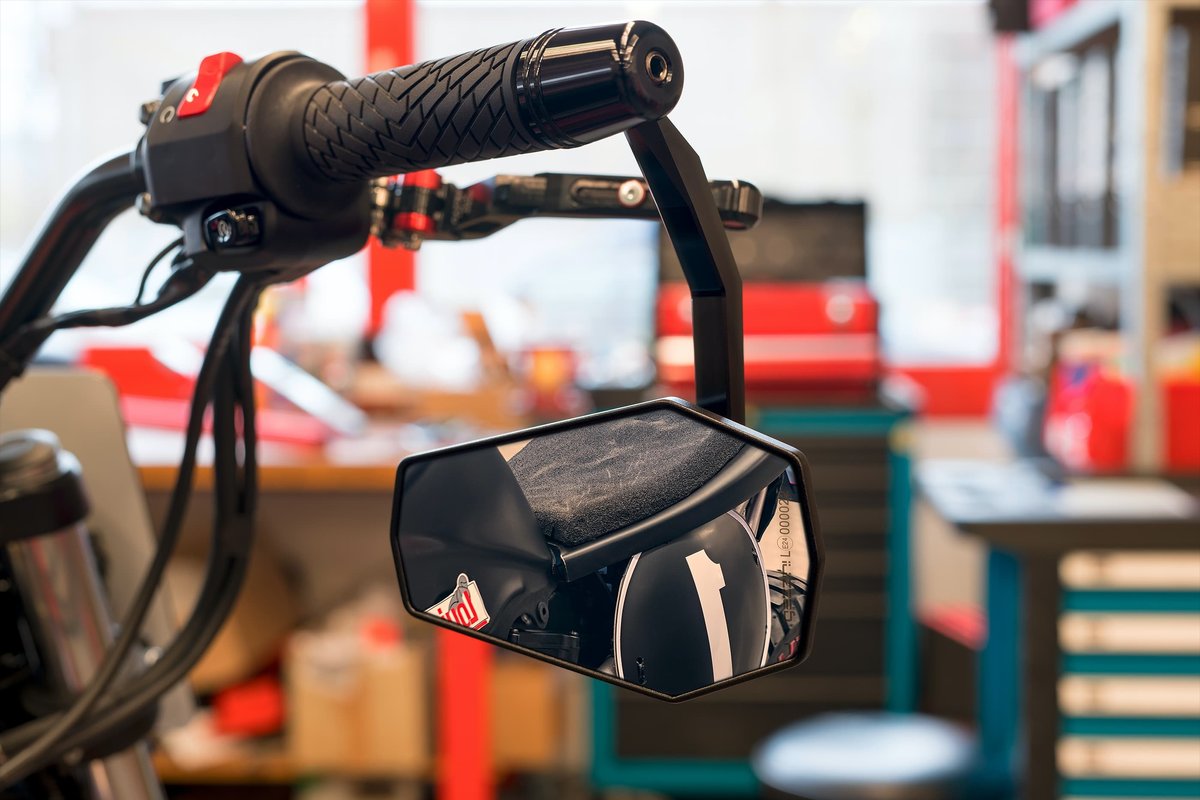 A whole lot of finishing touches

The motorbike’s sporty look is enhanced with side-mounted oval race number plates, which also serve as a cover for the frame triangle. A Protech license plate holder was used to elegantly install the plate under the tail. A sport exhaust brings out the amazing, sonorous sound potential of the small but powerful 4-stroke engine. Pirelli MT60 tyres (120/70-17 at the front, 140/80-17 at the rear) are good for both on-road and off-road action.

The flat tracker was given its new livery using Dupli Color matt paint from the spray can. The tank was adorned with a red racing stripe, complemented by colour-coordinated wheel stripes and tyre logos refreshed with a tyre marker pen.

In the meantime, this cool flat track bike has even been put through its paces on the race track. At the first German "Krowdrace", held in Diedenbergen, near Frankfurt, the Apprentice Bike was a real match for its more powerful rivals, and the result was a fun-filled race weekend. 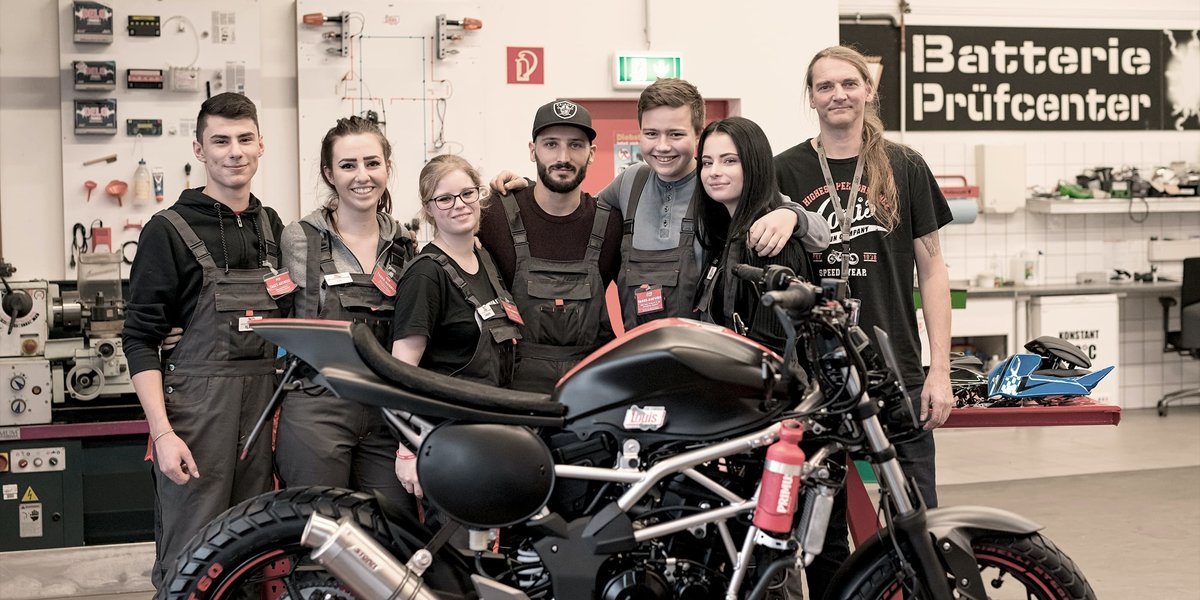 All technical articles for your bike

1 All prices incl. statutory VAT (Ireland), but do not include €7.99 shipping costs for Ireland. Free delivery on orders over €199.00.

1 All prices incl. statutory VAT (Ireland), but do not include €7.99 shipping costs for Ireland. Free delivery on orders over €199.00.